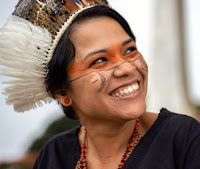 Here is a first installment of Zenit’s English translation of the Final Document and Voting on the Final Document of the Synod of Bishops handed to the Holy Father Francis, at the end of the Special Assembly of the Synod of Bishops for the Pan-Amazonian Region (October 6-17, 2019) on the theme: “Amazonia: New Pathways for the Church and for An Integral Ecology”:
This installment includes the introduction and first chapter of the final synod document. Zenit will publish the remainder of the text in the following days. We will publish the official Vatican English version when it is available.

Amazonia: New Paths for the Church and for an Integral Ecology


CHAPTER I: AMAZONIA: FROM LISTENING TO INTEGRAL CONVERSION 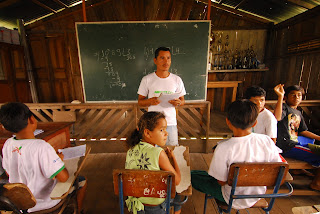 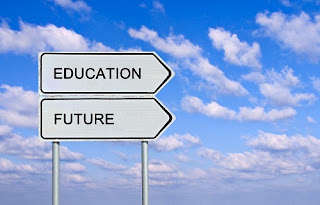 What is the Education and Training Monitor?

For the eighth consecutive year, the 2019 Education and Training Monitor gathers a wide range of evidence to indicate the evolution of national education and training systems across the European Union (EU).
The report measures countries’ progress towards the targets of the Education and Training 2020 (ET 2020) strategic framework for European cooperation in these fields. It also provides insights into measures taken to address education-related issues as part of the European Semester process.
The Monitor offers suggestions for policy reforms that can make national education and training systems more responsive to societal and labour market needs.
Furthermore, the report helps to identify where EU funding for education, training and skills should be targeted through the EU's next long-term budget, the Multiannual Financial Framework (MFF).
The Monitor comprises a cross-country comparison and 28 in-depth country reports.

Commissioner Tibor Navracsics presented the 2019 Education and Training Monitor at the second European Education Summit on 26 September 2019.
Teachers are the main focus of the latest edition. Teachers are considered as the factor having the strongest impact on students’ learning within the school environment.
Using new data, the Monitor demonstrates the common challenges that EU Member States face to attract and maintain the best teaching professionals. This challenge is expected to become all the more prominent during the next decade, during which a wave of retirements of experienced teachers is expected.
This year’s edition of the Education and Training Monitor marks ten years since the launch of the strategic framework for European cooperation in education and training – ET 2020. European countries have made great progress towards expanding participation in education since the establishment of EU benchmarks in 2009 as part of this process.
However, approximately 20% of 15 year old pupils across Europe still remain at risk of educational poverty, as they do not possess basic competences in literacy and mathematics or sufficient knowledge of science subjects. Additional priority areas for monitoring include: language skills and adult learning, teachers, investment in education and training, ICT education, entrepreneurship in education, and vocational education and training (VET).
Please find below the publications (EU Member State and country reports, factsheets, infographics, leaflet on EU benchmarks and customisable datasets, maps and charts) related to the 2019 Monitor, available in English and their respective national languages.