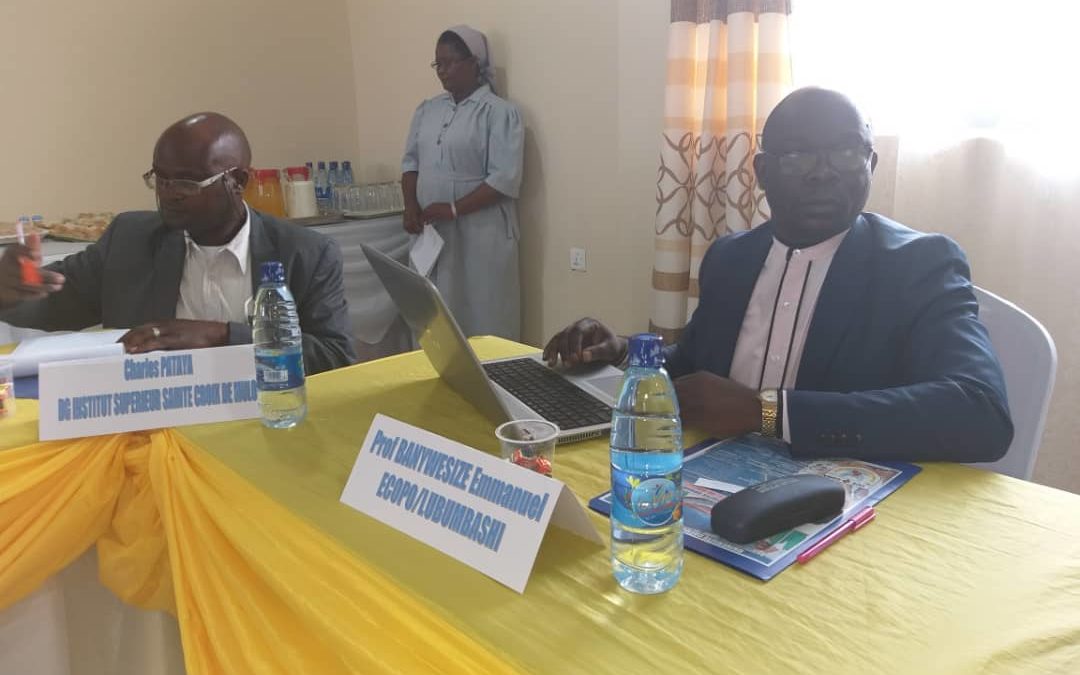 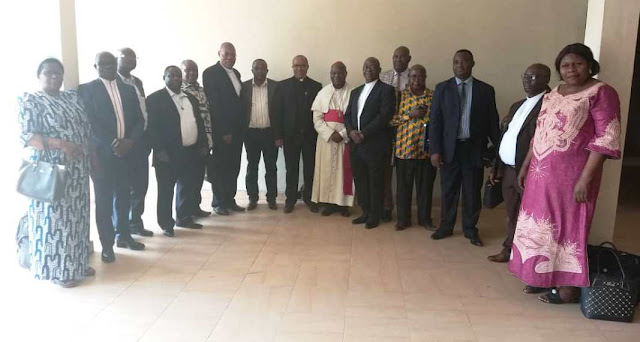 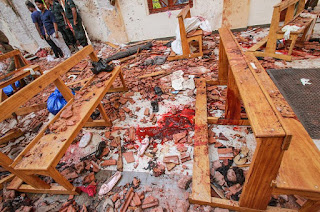 The International Catholic Center for Cooperation with Unesco-ICCC-, a NGO of catholic inspiration platform, Unesco’s partner since 1947, expresses to the government of Sri Lanka its deepest compassion for the victims’ families of the unbearable terrorist attacks against catholic churches and hotels claiming lives of more than 270 victims. The local populations endure unsettling traumas that could turn into a violent communitarism that would be dangerous for the stability of the country. Out of experience, it is the worry of the non governmental associations which are close to the most fragile people in this magnificent country of Sri Lanka

TOWARDS THE EUROPEAN ELECTIONS 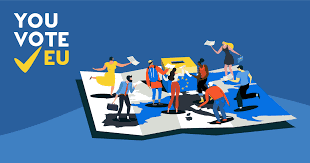 The author of this article is the Archbishop of Luxembourg and President of the Commission of the Bishops’ Conferences of the European Community
From his authoritative point of view and with a pastor’s approach, Msgr. Hollerich looks at the situation on the Old Continent and evaluates in perspective the elections that will take place for the renewal of the European Parliament on 23-26 May, 2019.
In the article’s penetrating analysis, the article takes stock of the process of European integration, of the populisms which have undermined it by stirring up fear; of the debate about “identity”, which cannot be reduced to a passport; on the importance of democracy; and on other topics.
The author concludes by affirming that European integration must prove to be in favor of the citizen, and to preserve peace in a world that is more dangerous than ever.
VERSO LE ELEZIONI EUROPEE
COMECE

From 23-26 May 2019, all EU citizens across the continent will be responsible for electing the new members of the European Parliament. The electoral results will condition the political decisions impacting our day to day lives for the next 5 years.

“The EU elections offer a great opportunity to make the political choices that will foster a renewed brotherhood amongst people, relaunching the European project”.

European Bishops call upon all believers and people of good will not to fall into the temptation of inward looking but to exercise their rights and question candidates on their personal engagement for human dignity for all.

The EU is facing important challenges and uncertainty. To be able to address them, Europe needs to rediscover its common identity and be protective of persons, families, and cultures, specialy of the most vulnerable.

Excercising the right to vote also means taking responsibility for the EU’s unique role as a multi-lateral actor for peace and economic development. “Care for the environment and sustainable development cannot be limited to the EU borders and electoral results will impact the decisions affecting the entirety of mankind”.

Voting is a necessary first step to preserve the positive achievements of the EU and to pursue new initiatives to make Europe back a key actor for the full development of all persons, families and communities. 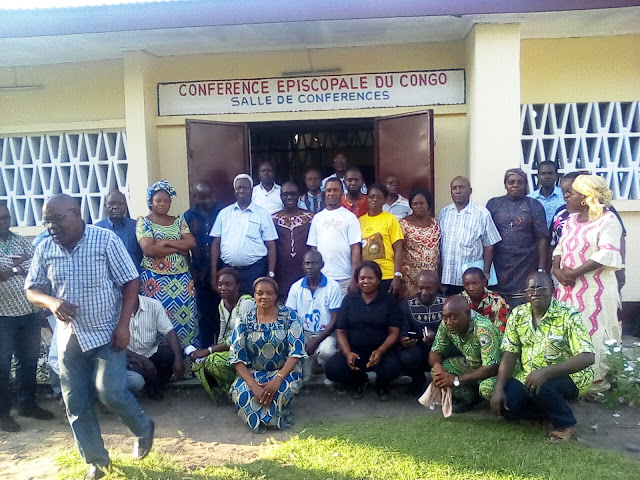 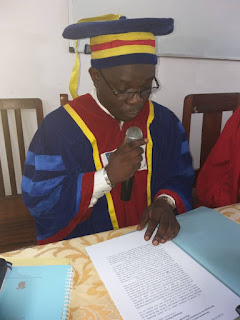 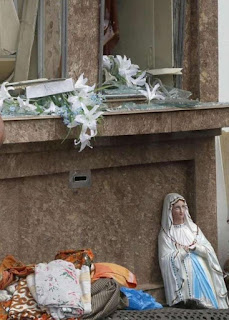 including
many Christians celebrating Easter Sunday.

Pope Francis pledged his closeness and solidarity with Sri Lanka again on Monday after the deadly terrorist attacks on Easter Sunday. Asian Churches and others joined in expressing their condolences.

By Robin Gomes
Churches, groups and individuals joined Pope Francis as he reiterated his spiritual and fatherly closeness to the people of Sri Lanka following terrorist attacks on 3 churches and 3 hotels on Easter Sunday.
Pope Francis
Speaking to a large crowd in Rome’s St. Peter’s Square at midday on Easter Monday, the Pope said he was very close to Cardinal Malcolm Ranjith and Archdiocese of Colombo, the capital, and prayed for the numerous victims and wounded.  While urging the international community to offer the needed help to Sri Lanka, he called on them not to hesitate in condemning these terrorist and inhuman acts that are never justifiable.
Listen to our report
The previous day, Easter Sunday, speaking after the special Easter ‘Urbi et Orbi’ message and blessing, the Holy Father expressed his  “heartfelt closeness to the Christian community [of Sri Lanka], wounded as it was gathered in prayer, and to all the victims of such cruel violence.”
Among the targets in Colombo, Negombo and Batticaloa are two Catholic churches: St. Anthony’s Shrine in the capital and St. Sebastian’s Church in Negombo, north of Colombo.
Asian bishops
Meanwhile, the Catholic Churches of Asia also expressed their solidarity and condolence to the Sri Lanka Church.
“Allow me to express my sincere anguish at this tragedy that has taken the toll on scores of innocent human lives on the very day when we celebrate world over the victory of life and goodness over death and evil,” wrote the President of the Federation of Asian Bishops’ Conferences (FABC), Cardinal Charles Bo of Myanmar in a letter to Cardinal Ranjith. 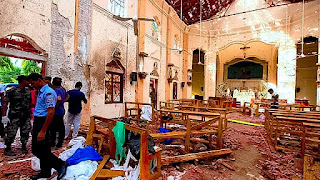 No group has claimed responsibility for the April 21 explosions, many of them suicide bombings, which has killed nearly 300 people and wounded 500 others - the deadliest attack in the island nation since the end of a civil war in 2009.  Among the casualties are many foreigners.
Card. Ranjith described the attacks as "bestial and inhuman" and extended his condolences to the families of the dead and wounded. He also called on health professionals to help save lives and tend to the injured.
Card. Bo, the Archbishop of Yangon, offered his fraternal support saying, “As I place my humble prayers for all the victims of this senseless violence, I also pray for the caregivers and relief agents.”
“We need to plead the mercy seat of the Risen Lord Jesus, the Prince of Hope and Peace, to strengthen all people of good will to help stabilize the situation of fear and suspicion that has arisen following the blasts,” the cardinal prayed.
The president of the Federation of 19 bishops conferences of Asia concluded pledging the prayers of the bishops and their faithful for Sri Lanka.
In Sri Lanka, over 70% of its some 20 million population is Buddhist, with Hindus and Muslims forming the largest minority groups with 12.6% and 9.7% respectively.   Christians who number about 1.5 million, are largely Catholic, forming just 6% of the population.
Indian Catholic Church
In a separate message, India’s Catholic Church also expressed its pain over the blasts in Sri Lanka on Easter Sunday.
Cardinal Oswald Gracias, the president of the Catholic Bishops Conference of India (CBCI), wrote to Card. Ranjith on April 21 saying the Church in India is “deeply saddened and pained” by the attacks.
“We offer our prayerful solidarity with the families of the victims and the survivors of the church bombings,” Card. Gracias wrote.  “On this great feast of hope of the Resurrection, our brothers and sisters in Sri Lanka are devastated by this senseless violence. We pray to the Risen Jesus for peace.”
Similar sentiments have been expressed by individuals, Churches and organizations from around the world.  Among them are the bishops’ conferences of the United States, Hungary and Germany, the Assembly of the Catholic Ordinaries of the Holy Land, the Community of Sant’Egidio, President Sergio Mattarella of Italy,  “Aid to the Church in Need” and the World Council of Churches. 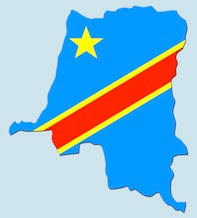