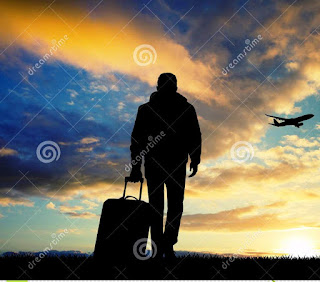 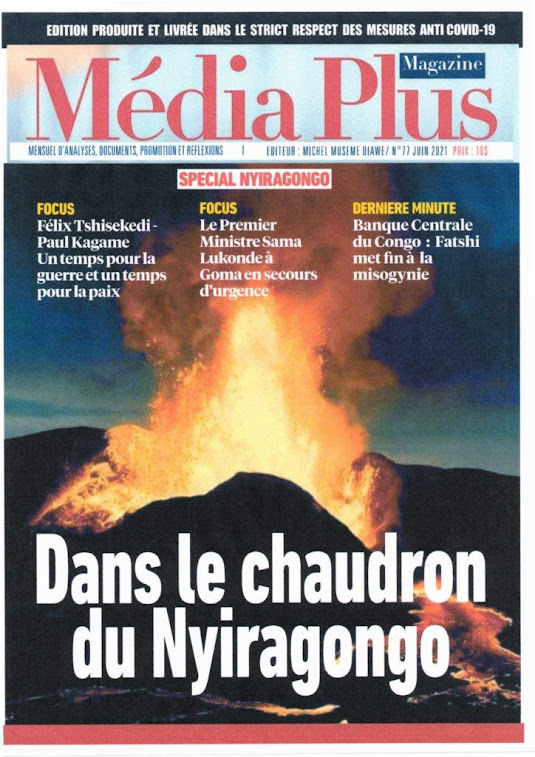 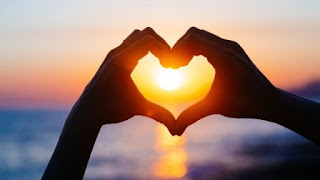 Pope Francis: “Jesus gives us a valuable teaching. Even though he rejoices on seeing his disciples’ happiness due to the wonders of their preaching, he does not spend time giving them compliments or asking questions. Rather, he is concerned about their physical and interior tiredness. And why does he do this? Because he wants to make them aware of a danger that is always lurking there for us too: the danger to be caught up in the frenzy of doing things, to fall into the trap of activism where what is most important are the results that we obtain and the feeling of being absolute protagonists. How many times this happens in the Church: we are busy, we run around, we think that everything depends on us and, in the end, we risk neglecting Jesus and we always make ourselves the centre. This is why He invites His disciples to rest a bit with Him on their own. It is not only physical rest, but also rest for the heart. For it is not enough to “unplug” ourselves, we need to truly rest. And how do we do this? To do so, we must return to the heart of things: to stop, to remain in silence, to pray so as not to go from the frenzy of work to the frenzy of times of relaxation. Jesus did not neglect the needs of the crowd, but each day, before anything else, he would withdraw in prayer, in silence, in intimacy with the Father. His tender invitation – rest a while – should accompany us. Let us beware, brothers and sisters, of efficiency, let us put a halt to the frantic running around dictated by our agendas. Let us learn how to take a break, to turn off the mobile phone, to contemplate nature, to regenerate ourselves in dialogue with God.

Nonetheless, the Gospel tells us that Jesus and his disciples could not rest as they had wished. The people find them and flock to them from all sides. At which point, he is moved with compassion. This is the second aspect: compassion, which is God’s style. God’s style is to draw near, compassion and tenderness. How many times we find this phrase in the Gospel, in the Bible: “He had compassion on them”. Touched, Jesus dedicates himself to the people and begins to teach again (cf. vv. 33-34). This seems to be a contradiction, but in reality, it is not. In fact, only a heart that does not allow itself to be taken over by hastiness is capable of being moved; that is, of not allowing itself to be caught up in itself and by things to do, and is aware of others, of their wounds, their needs. Compassion is born from contemplation. If we learn to truly rest, we become capable of true compassion; if we cultivate a contemplative outlook, we will carry out our activities without that rapacious attitude of those who want to possess and consume everything; if we stay in touch with the Lord and do not anesthetise the deepest part of ourselves, the things to do will not have the power to cause us to get winded or devour us. We need – listen to this – we need an “ecology of the heart”, that is made up of rest, contemplation and compassion. Let us take advantage of the summertime for this! It will help us quite a bit”. 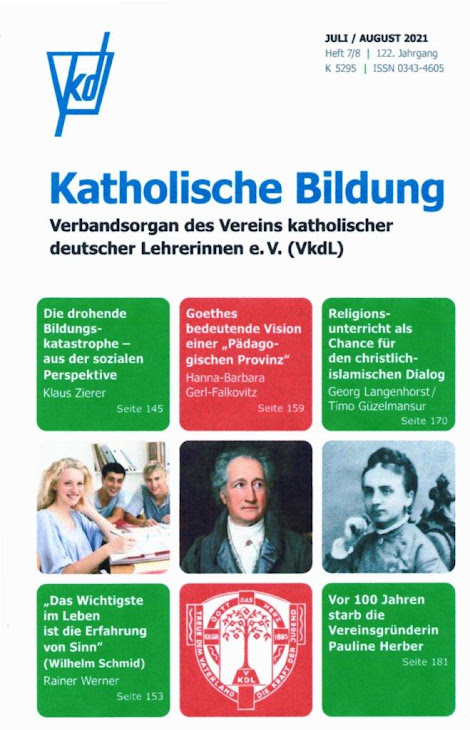 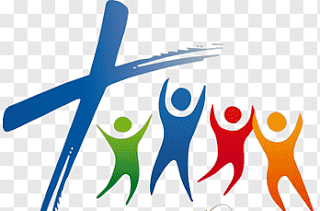 Dr. Leonard Franchi, Professor in the School of Education at the University of Glasgow, Scotland, discusses catechesis in the parish and the Catholic school with Dr. Jem Sullivan.

Catholic Education in Africa and the Middle East: Perspectives from National Leaders

A new collection of 15 interviews is now available with national Catholic education leaders from sub-Saharan Africa and the Middle East and North Africa (MENA). The publication is co-sponsored by OIEC. Countries in Central, East, and Southern Africa often have large numbers of students enrolled in Catholic schools. Countries in the MENA region and West Africa tend to have fewer students, but are emblematic of the mission of Catholic schools to welcome children from all backgrounds since many students in the schools are not Catholic. We hope that this new collection of interviews will make a useful contribution to understanding the richness and diversity of experiences in Catholic schools globally. We also hope that it will provide you with useful insights and inspire you in your own work.

DON'T THROW PLASTIC IN THE SEA ! 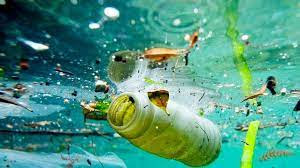 Don't throw plastic in the sea!

Pope Francis recalls the annual Sea Sunday occurrence inviting everyone to take good care of our seas and oceans.

Pope Francis reminded the faithful on Sunday, 11 July, that today is Sea Sunday: “dedicated in a special way to all those who rely on the sea for their work and livelihood."

Celebrated annually, Sea Sunday, is a day for people to come together to pray for seafarers and fishers and thank them for the vital role they play in all of our lives.

As Pope Francis points out, it is also a day in which to highlight the importance of caring for the sea and its ecosystem.

Speaking after the Angelus prayer, the Pope said he is praying for seafarers and he exhorted everyone to take care of the oceans and of the seas. “Take care of the health of the sea: no plastic in the sea!” he said.

Pope Francis makes many references to the need to care for oceans and seas in his encyclical “Laudato sì, On Care for Our Common Home”. In paragraphs 40-41, he writes: "Oceans not only contain the bulk of our planet’s water supply, but also most of the immense variety of living creatures, many of them still unknown to us and threatened for various reasons...Particularly threatened are marine organisms which we tend to overlook, like some forms of plankton; they represent a significant element in the ocean food chain, and species used for our food ultimately depend on them...In tropical and subtropical seas, we find coral reefs comparable to the great forests on dry land, for they shelter approximately a million species, including fish, crabs, molluscs, sponges and algae. Many of the world’s coral reefs are already barren or in a state of constant decline. 'Who turned the wonderworld of the seas into underwater cemeteries bereft of colour and life.'"

In a letter to business leaders at a 2018 Vatican conference on the fourth World Day of Prayer for the Care of Creation, he said “We cannot allow our seas and oceans to be littered by endless fields of floating plastic.”

UNESCO - EDUCATION FOR ALL - en-es-fr 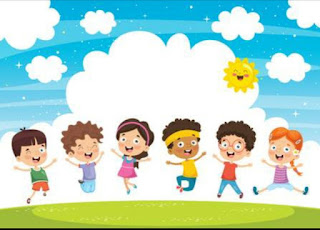 to make early childhood education accessible for all

The most disadvantaged children are more likely to be denied the opportunity to have a good start to their education, according to two new studies by UNESCO and its Global Education Monitoring (GEM) Report.

UNESCO’s report “Right from the start: build inclusive societies through inclusive early childhood education” reminds countries of their commitment, made in the fourth UN Sustainable Development Goal (SDG) on education, to ensure that all girls and boys have access to quality early childhood development, care and pre-primary education so that they are ready for primary education. They are published ahead of the launch of a new Global Partnership Strategy for Early Childhood in September.

Coordinated by UNESCO, the partnership will bring together more than 40 organizations active in early childhood care and education (ECCE) to support governments in providing effective ECCE services and in tackling challenges arising from the COVID-19 pandemic.

UNESCO’s report shows that, despite progress, an estimated 2 in 5 children, mostly in low- and lower-middle-income countries are still not enrolled in pre-primary school and currently only 28% of countries globally have made pre-primary education compulsory, ranging from none in the Arab States to 55% in Latin America and the Caribbean.

Ensuring early universal access to education is the foundation for inclusion in the lifelong journey to learning and in accessing decent living conditions. The absence of early childhood education can lock children into deprivation and marginalization. Numerous benefits for children attending quality early education are transmitted from one generation to the next with positive impacts on society as a whole. Yet, too many young children are missing out. If we want them to reach their full potential, we have to get it right from the start.

The second UNESCO report “Inclusive Early Childhood Care and Education: From Commitment to Action!”, was produced in partnership with the Open Society Foundations. It calls for a renewed global commitment to early childhood inclusion with key recommendations based on positive, promising, and innovative policies and practices at national and regional levels from around the world. These include an inclusive early education reform in Georgia; an inclusive curriculum in New Zealand; an inclusive data management system in Zimbabwe, and a practical inclusive ECCE training model for teachers in Viet Nam.

UNESCO and the Global Partnership Strategy for Early Childhood are urging governments to guarantee at least one year of compulsory pre-primary education. All children should be able to access a minimum level of services, regardless of socio-economic status, ethnicity, language, disability or remoteness. However, UNESCO’ reports show that vast disparities in pre-primary school access exist between the richest and poorest children, rising to over 60 percentage points in some low- and middle-income countries such as Benin, Cameroon and Mali.

The poorest children face particular barriers to access. Over half of Roma children in Europe are still missing out on pre-primary school.

Too little attention is being given to ensure high quality standards in pre-schools for the most vulnerable children. Children need safe schools with access to basic hygiene and teachers who have received training to care and support them adequately so they could thrive. We urgently need more investment in early education, otherwise the significant opportunity to reduce their disadvantage will be lost.

In Malawi, for example, a survey of caregivers found that most were female volunteers and only one in three had relevant qualifications. Pre-primary education is also critical to identify students with special education needs and assign remedial interventions. However, such screening systems are rare. The reality of some marginalized children, particularly those with disabilities, is poorly documented or not at all.

Both studies support the core objectives of the new Global Partnership Strategy as follows:

2.     Strengthen existing inter-agency and global partnerships and forge new ones, as needed, for coordination and collaboration to implement strategies for policies and services to improve child development and family wellbeing.

3.     Substantially increase investment in pre-primary education in low- and middle-income countries which on average only received 2% of education budgets in 2018.

Countries should address barriers to inclusion, such as ineffective or inconsistent laws and policies, lack of teacher preparation, non-inclusive curricula, absence of data on those excluded from education, lack of political will and untargeted finance. Issues of inclusion in early childhood care and education need to be addressed through cross-sectoral policies that consider the diversity of learners, including refugee and asylum-seeking children. 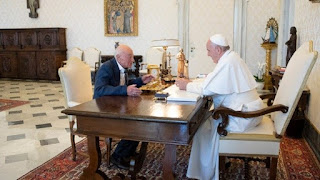