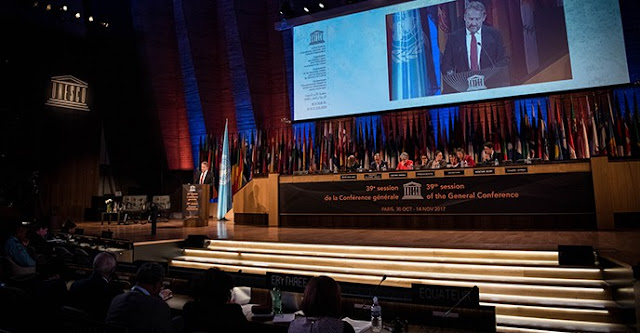 Some 150 countries were represented by their respective Presidents/Vice-Presidents at the Plenary Session of October 31, 2017, held at Hall 1 of the UNESCO building, Paris.
The Prof. Belen Tangco is a representative of UMEC-WUCT

The President of the General Conference, delivered the Welcome Words citing the essential role of UNESCO in procuring security of journalists, promotion and security of technology, and  address of the concerns in Climate Change. She underscored the need for understanding and confidence in accomplishing UNESCO 'S tasks.
Director-General Irina Bokova traced the historical journey of UNESCO. She shared that UNESCO was born in 1945 for healing and building foundations beyond government; peace and dialogue were worked out.
Cultural dialogues were needed as part of inevitable reforms. She thanked everyone for being present, as presence speaks of commitment to peace and reform. The Director- General was given acclamation and testimonial celebration as she bids adieu at the end of her successful term. 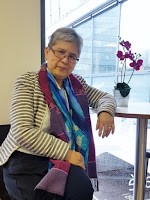 President Hery Rajaona Rimampianina of Madagascar calls for Professional Development and Quality Education, development of the youth,socio-cultural development, and preservation of world patrimony such as UNESCO's.
President Bakir Izetbegovic of  Bosnia & Herzegovina expresses joy over an existing strong relation between Bosnia and UNESCO. He is happy about the inclusion of the Cultural Heritage of Bosnia in the International Peace Agreement. He stresses the need for resilience of spirit in order to rebuild heritage.
Vice- President Mohammad Sarwar Danes of Afghanistan speaks of a bitter historical journey. Now, with democracy and will of the people, a progressive Constitution is in place. In the last three years, much has been accomplished: access to education; improvement of technology; provision of justice and human rights, judicial reforms, women empowerment and strengthening of accountability in all branches of government.
Several Commissions have. been at work. The Commission on the Budget did not have an easy task. Proposals have been under debate and revisions were made.. The Commission on Education has been scheduled to present Proposals, looking forward to Education 2030. As it has been described by the Director-General, " bold and ambitious."